James has been practicing extensively in the Western New York area, mostly in New York Supreme Court, with a focus in civil litigation. He has also practiced in Surrogate’s Court and in employment disputes in arbitrations. James is admitted in Federal Court in the Western District of New York, as well as Bankruptcy Court. He has experience in complex litigation, as well as toxic torts, labor law, foreclosures and bankruptcy. Initially, out of law school, James represented lenders in litigating foreclosures. He briefly was in private practice defending homeowners and working out modifications. He is highly experienced in all aspects of litigation, having appeared in court extensively arguing motions and attending conferences. Before becoming a lawyer, James was the head paralegal for the mass toxic torts division of McGuireWoods.

Prior to entering into practice, James attended the University at Buffalo SUNY, where he earned a Juris Doctor and a Masters in Business Administration. While in law school he was the Co-Editor-in-Chief of the Buffalo Human Rights Law Review. He also acted as the Publications Editor for the Buffalo Law Review. James decided to pursue a joint degree in order to better understand the financial impact that his work has on corporate clients, and to better understand the financial dealings of managing a legal practice. Prior to law school James attended New York University where he majored in philosophy.

James presently lives in Buffalo where he enjoys sailing in the summer, and snowboarding and skiing in the winter. He is also an avid outdoorsman and traveler. He spends much of his time with his son, William, and his dog Oscar. He is also working towards rehabilitating a Victorian style home that he has purchased in the Elmwood Village area. He was raised in Sleepy Hollow, New York. 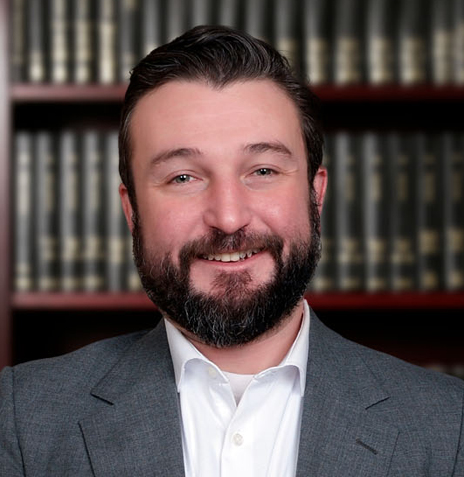