Case by Case: SUM Coverage Is Offset by Recovery from Tortfeasor 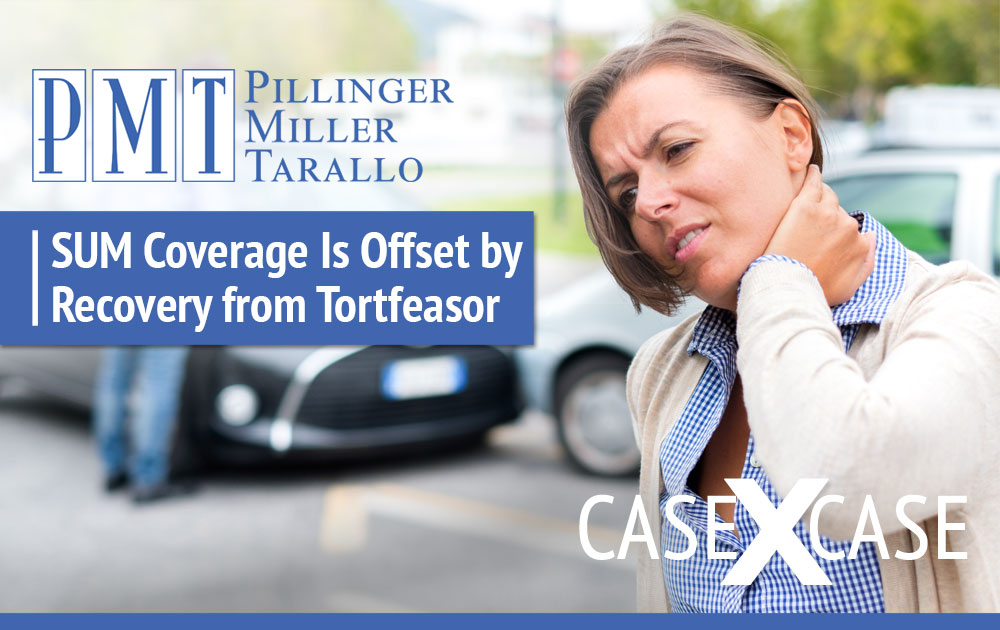 New York’s Appellate Division, Second Department, cleared up a question which apparently needed clarification: when an injured party receives a SUM award from an arbitrator, that award gets offset by whatever recovery the claimant made from the tortfeasor.

In Matter of Merchant v State Farm Ins. Company, 2020 NY Slip Op 01917 (Decided on March 18, 2020) petitioner commenced a proceeding to modify an arbitration award in the amount of $5,000 on her claim for supplemental uninsured/underinsured motorist (SUM) benefits, alleging that the arbitrator erred in offsetting the amount of damages sustained by $25,000, the amount she recovered from the insurance company which covered the other vehicle involved in the automobile accident. State Farm cross-petitioned to confirm the award. Supreme Court confirmed the award and the Appellate Division affirmed.

“Contrary to the petitioner’s contention, the arbitrator did not err in offsetting the amount of damages sustained by the amount received from the insurance company which covered the other vehicle involved in the accident. The purpose of SUM coverage is to provide the insured with the same level of protection he or she would provide to others were the injured a tortfeasor in a bodily injury accident. SUM coverage does not function as a stand-alone policy to fully compensate the insured for his or her injuries.

Comment: The SUM endorsement on your auto insurance policy is supplemental underinsured motorist coverage. By the terms of the coverage, and by design, it is intended to give the policyholder a level of first-party coverage over and above the “other guy’s” coverage — but only up to the value of the claimant’s injury.

The mistake the claimant made in the above case is that he (and his attorney) thought that when the arbitrator valued her injury at $30,000, she thought she would get $30,000 in addition to the $25,000 she got from the tortfeasor. But that’s not how it works. The amount collected from the tortfeasor is deducted as an offset from SUM awards.