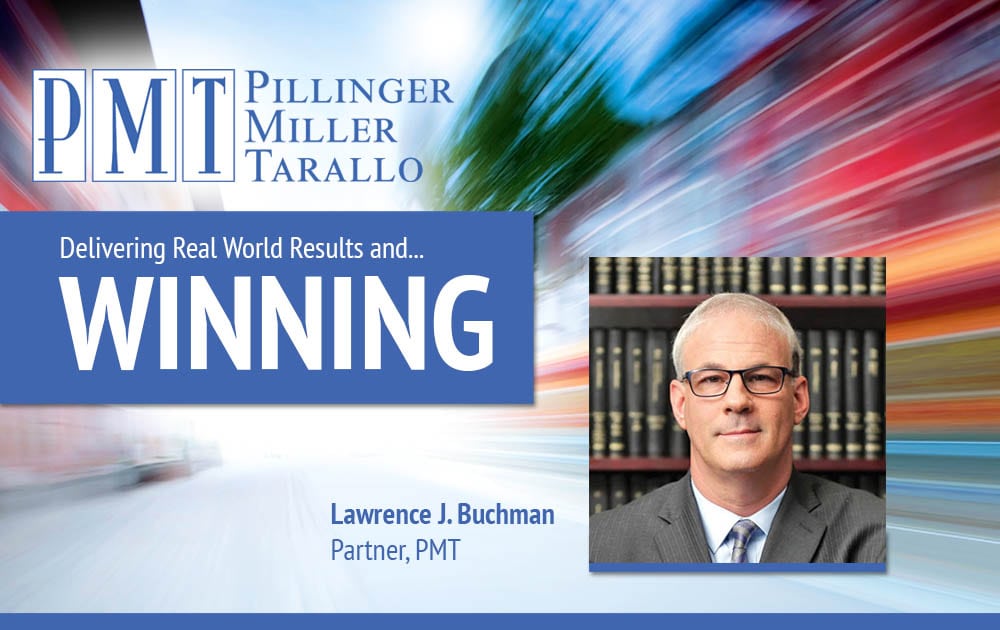 Larry Buchman of Pillinger Miller Tarallo represented a defendant driver in a civil case for personal injuries who had pled guilty to DWI and vehicular assault in the accident. The pedestrian plaintiff was demanding a mid six-figure amount over our client’s insurance which was lowered to $150,000 at jury selection.

The essential evidence was that our driver was driving under the speed limit in the middle lane of a Nassau County highway when the pedestrian staggered into the car’s path over 100 feet from the closest crosswalk. The jury came back with an 80% verdict against the plaintiff pedestrian who had a blood alcohol level two times higher than our defendant driver and the pedestrian crossed a six lane highway while “jay-staggering or jay-stumbling.”

Prior to receiving the verdict, the plaintiff accepted a nominal four figure amount of money over the policy for settlement