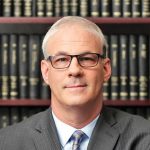 Plaintiff initially claimed that the defendants were negotiating in bad faith and demanded the testimony of French citizen defendant Rotbann regarding the bad faith claim. The testimony was taken outside the presence of the jury but became moot once the high low of 150/700 was in place.

Plaintiff black boarded over 800k in future medicals but was awarded less than half.  Plaintiff’s counsel asked the jury for 2.4 million dollars, defense counsel suggested zero.