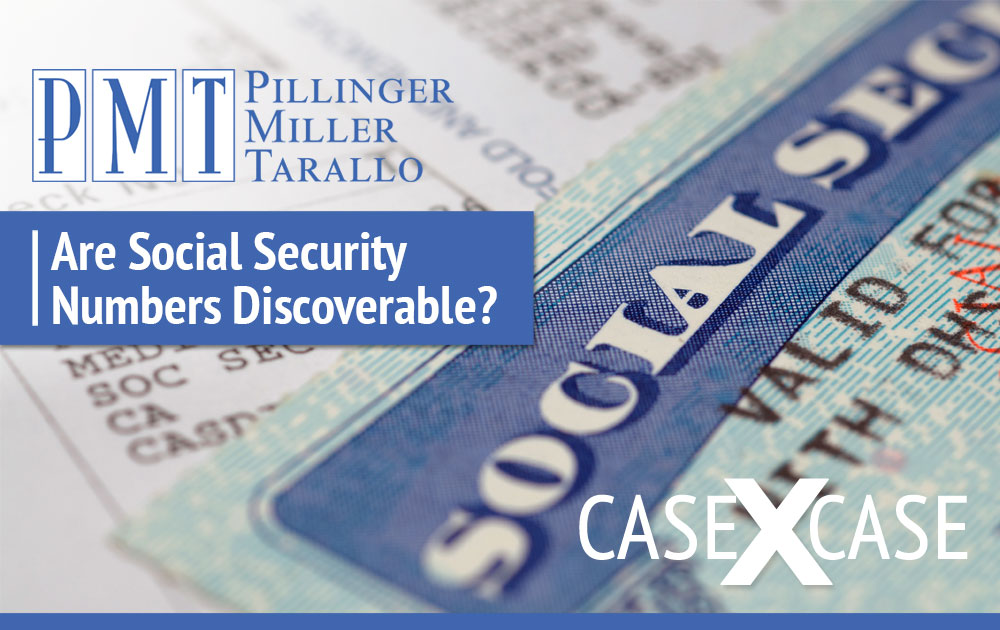 That being said, it is clear that a claim of privacy cannot bar the discovery of Social Security Numbers in personal injury cases where defendants are able to show that they are necessary or indispensable for defendant to obtain relevant records such as medical records, perform prior claim searches, determine liens, etc.  Zbigniewiwcz v. Sebzda, 58 Misc 3d 1217(A), 94 NYS3d 541 (Erie County 2018); Pedraza v. New York City Tr. Auth., 2016 N.Y. Slip Op. 30105[U] [N.Y. Sup Ct, New York County 2016].  Defendants have been denied Social Security Numbers when “Defendants’ demand for plaintiffs’ Social Security Numbers was accompanied neither by a demand for authorizations to obtain any documents identifiable only by reference to such numbers, nor by any other showing of relevance or necessity.” Sullivan v. 40/40 Club, 34 Misc 3d 138(A) [App Term 2011]. However, when the requisite showing is made (which should be simple in a personal injury case), the number must be disclosed.

In Zbigniewiwcz v. Sebzda, supra., the court compelled disclosure stating that “Providing a Social Security Number ‘is reasonably calculated to lead to admissible evidence’ and therefore satisfies the relevance standard in CPLR 3101(a), even where plaintiff was not seeking lost earnings.  A plaintiff’s Social Security Number is useful, for example in searching for his or her medical records and determining the amount of his or her Medicaid lien.  Moreover, in defending the action, Defendants are entitled to conduct an investigation into any of [plaintiff’s] prior claims or injuries, medical  treatment, and criminal  history, which implicates the use of his Social Security Number.”   Similarly, in Pedraza v. New York City Tr. Auth., 2016 N.Y. Slip Op. 30105[U] [N.Y. Sup Ct, New York County 2016] the court held that “Plaintiff was improperly directed not to answer whether he has a Social Security Number (Pedraza EBT, at 7:14-17.)

So the law is clear that despite plaintiffs’ attorneys claims of invasion of privacy and fears of identity theft, defendants are entitled to plaintiff’s Social Security Number in order to obtain complete medical records and Medicare lien information.