Case by Case: Expert Witness Disclosure of Peer Review Doctor Can Be Made at The Last Minute 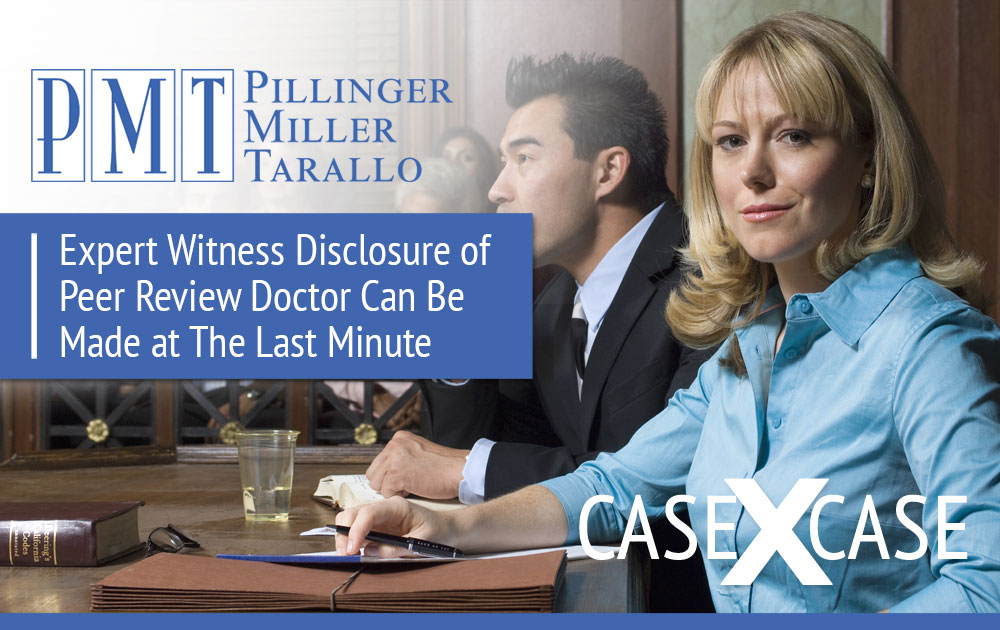 Many kinds of lawsuits require, or at least employ, expert witnesses on a wide variety of topics, and indeed it seems that for every topic there is an expert somewhere who is willing to testify (and another one willing to refute them). One issue frequently encountered in using experts is the timing of the disclosure to the adverse party of the identity and substance of the expert’s opinion.

Very often, courts hold that the expert witness disclosure required by CPLR 3101(d), if demanded by one’s adversary, must be made prior to filing the Note of Issue, with the penalty being preclusion (see, e.g., Kozlowski v. Oana, 102 AD3d 751 (2d Dept 2013 [defendant’s expert precluded in dental malpractice suit]).

In the context of New York no-fault litigation, experts (usually employed only by defendants) are often precluded on the grounds of late disclosure as well. But now, the Appellate Term has carved out an exception to the timely disclosure rule where the expert is a peer review doctor upon whose opinion the claim was denied and whose report was annexed to an earlier summary judgment motion.

At the trial, defendant’s only defense was the medical necessity of the services at issue (as is often the case in New York no-fault suits). Defense counsel called its expert witness, the peer review doctor, to the stand, and plaintiff’s counsel objected on the grounds that a formal response to its demand for expert witness disclosure had never been served. The trial judge precluded the expert testimony, and as a result, there was a verdict for plaintiff.

But the Appellate Term reversed, ruling that the expert disclosure statute, CPLR 3101(d), does not incorporate a definite time frame for compliance nor mandate preclusion as a penalty. Instead, the statute prescribes preclusion as a remedy where there has been intentional non-compliance and a showing of prejudice to the adverse party.

In this case, the appeals court held that, “[S]ince defendant’s witness was the doctor who had prepared the peer review reports upon which the denials of the claims were based, his name was listed as such in each of the denial of claim forms, and his report was attached to defendant’s motion for summary judgment, it is clear that plaintiff was not prejudiced.”

The judgment for plaintiff was reversed and the case remanded back for a new trial.

This ruling is significant in that it can be cited in any case where an expert’s identity and opinion has been previously disclosed to the adverse party, not only in a no-fault suit, but indeed in any litigation, particularly where the expert was incorporated in a summary judgment motion.   The lack of prejudice, apparently, is the key element: the adversary’s awareness of the expert and their opinion undercuts the argument of unfair surprise.

For No-Fault litigators, especially, this is a useful citation for both plaintiffs and defendants.   Should a plaintiff wish to put a treating medical provider on the witness stand, the fact that the insurer already had the provider’s records will militate against preclusion of that witness as an expert.