Larry has been a practicing attorney for 38 years, and all of those years have been devoted to insurance defense. He is admitted to practice in New York, including the Southern and Eastern Districts, as well as Colorado.

As the Acting Corporation Counsel of the City of Long Beach, New York, he created that City’s self-insurance program and served as both defense counsel and risk manager. He created his own insurance defense firm in 1995, representing numerous insurance carriers including AIG, Amica Mutual, Crum & Forster, Merchants Mutual, Lancer Insurance, AmTrust, Philadelphia Insurance, Prime Insurance, Enterprise Rent A Car and the Motor Vehicle Accident Indemnification Company, in first party and third party claim litigation. Larry has conducted hundreds of no-fault trials and arbitrations and has taken more than 30 jury trials to verdict.

When New York No-Fault suddenly burgeoned from a sleepy side issue into a major field of law in the mid-1990s, Larry realized that no one had ever written a treatise on the subject, so he wrote one himself. The result was Rogak’s New York No-Fault Law & Practice, which has become the standard guidebook of insurance companies and the plaintiff’s bar. In the tangled and confusing web of No-Fault regulations and case law, Larry is considered by many attorneys, judges and arbitrators to be somewhat of a guru.

Among Larry’s hobbies are collecting New York City transit and traffic memorabilia. Larry was a consultant to The History Channel when it filmed a segment on the history of the traffic signal. 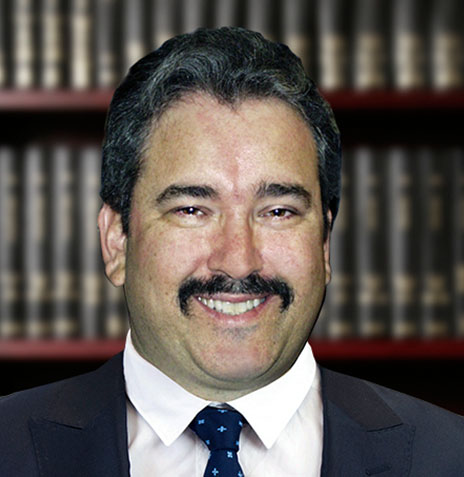 Case by Case: SEC Penalties Against Brokerage Firms May Be Insurable

By Lawrence N. Rogak. New York’s Court of Appeals has ruled that regulatory actions by the SEC against brokerage firms may be covered by their insurance policies, depending on whether […]

Posted in Case by Case, News | Comments Off on Case by Case: SEC Penalties Against Brokerage Firms May Be Insurable

HOT TOPICS – What Is the Correct Choice of Law for An Interstate Trucking Accident?

By Lawrence N. Rogak. In 1633, Galileo was summoned by the Inquisition to answer a charge of heresy based on his teachings that the Earth moved around the Sun. This […]

Posted in Hot Topics, News | Comments Off on HOT TOPICS – What Is the Correct Choice of Law for An Interstate Trucking Accident?

By Lawrence N. Rogak. New York’s Court of Appeals examined a novel question presented to it by a Federal Appeals Court: what is the effect of a judgment in small […]

Posted in Case by Case, News | Comments Off on Case by Case: New York’s Top Court Rules on Effect of Small Claims Judgments

The Times They Are A Changing: Court of Appeals Recognizes Role of Grandparents and Expands “Zone of Danger” For Emotional Distress

By Lawrence N. Rogak. Like the iconic Bob Dylan song, the law must adapt to society’s changes, which includes the laws governing torts. Since the Court of Appeals first decided […]

Posted in Legal Articles, News | Comments Off on The Times They Are A Changing: Court of Appeals Recognizes Role of Grandparents and Expands “Zone of Danger” For Emotional Distress

HOT TOPICS – Are We There Yet?

By Lawrence N. Rogak and Shawn M. Weakland. Although no one is traveling now because we are home with the pandemic, at some point, people will begin traveling again and […]

Posted in Hot Topics, News | Comments Off on HOT TOPICS – Are We There Yet?

The PMT Numbers Roundtable – The Global Positioning System for Claims

By Thomas M. Bona. By now, all of us are very familiar with our car’s global positioning system or GPS. It tells us the best route and shows us where […]

Posted in Always on Your Side, News | Comments Off on The PMT Numbers Roundtable – The Global Positioning System for Claims

Posted in News, PMT Wins | Comments Off on PMT Delivers a Win – Going the Extra Mile for Our Clients Gets a Case Dismissed and Recovers Legal Fees

By Thomas M. Bona. The PMT Advantage means constantly supporting our clients and industry professionals’ efforts to mitigate risk. In Transportation & Trucking, nothing is more important to risk management […]