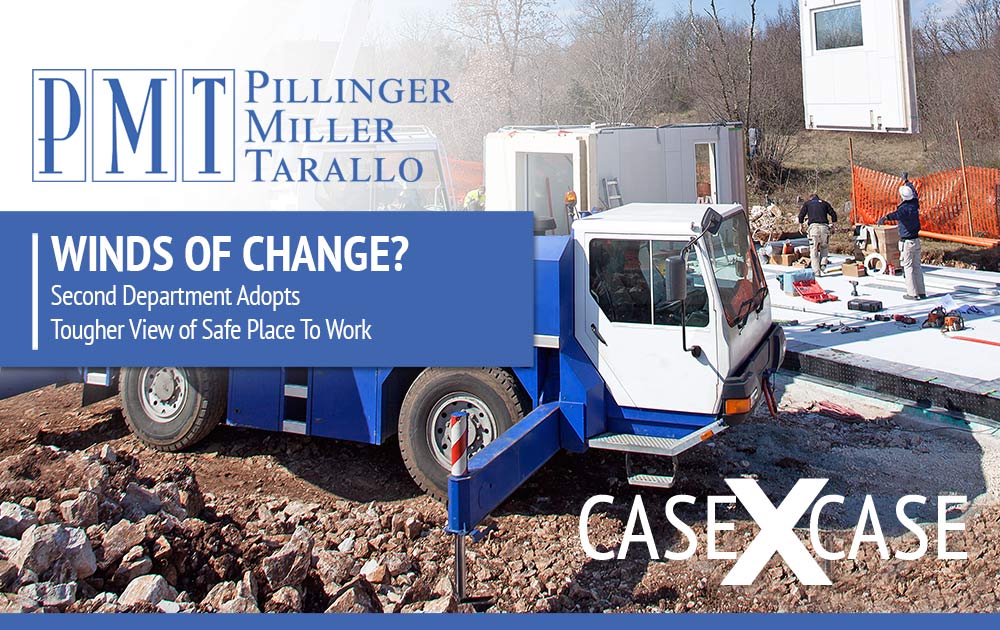 In November 2017, at Pillinger Miller Tarallo, LLP (“PMT”), we predicted that the Court of Appeals under Judge Janet DiFiore would begin to interpret the Labor Law more favorably for the construction industry and insurance industry. This would signal to the rest of the New York courts that Labor Law matters should be decided in a more even-handed fashion.

A recent case from the Second Department demonstrates that this may indeed be occurring. In Ochoa-Hoenes v. Finkelstein, 173 A.D.2d 1080 (2d Dep’t, May 2019), the plaintiff was injured at a construction site which involved the erection of a modular home owned by the homeowners Finkelstein. The modular home components were manufactured by Signature Builders, Inc., and the defendant Vesta Development Group, an authorized representative of Signature Builders, Inc., was hired by the Finkelsteins to perform construction management services for the project. At the time of the accident, the plaintiff was employed by an electrical contractor hired by the Finkelsteins.

The accident happened while the plaintiff was preparing for the installation of lights in the home’s basement. After noticing that a stack of plywood sheets that had been placed against the basement wall was resting on the electrical wires, the plaintiff attempted to move the stack himself, which caused it to tip over and strike his right ankle and foot. Plaintiff sued alleging common-law negligence against the defendants based upon their alleged failure to maintain the premises and to provide him with a safe place to work, which is the same standard as is codified in Labor Law §200. Notably, there were no Labor Law allegations pled against the defendants.

The defendants moved for summary judgment arguing that there was no defect and that the condition was open and obvious. The Supreme Court granted the motion finding as a matter of law, that the alleged dangerous condition, the stack of plywood sheets leaning against the basement wall, was both open and obvious and not inherently dangerous, and that the defendants, therefore, had no duty to warn the plaintiff or protect the plaintiff against it.

The Second Department affirmed. The Appellate Division first noted that there is no duty to warn or protect against an open and obvious condition, which is not inherently dangerous. The Court stated that “[a] complained of condition is open and obvious when it is readily observable by employing the reasonable use of their senses”. In this case, the Second Department found that the defendants had established as a matter of law, that the stack of plywood was open and obvious and not inherently dangerous. In addition, the Second Department found that the defendants had demonstrated that the plaintiff elected to move the stack of plywood by himself. The Appellate Division wrote that whereas here, a worker “confronts the ordinary and obvious hazards of his . . . employment and has at his . . . disposal the time . . . to enable him to proceed safely, he may not hold others responsible if he elects to perform his job so incautiously as to injure himself”.

The Second Department, using a common-sense interpretation of what is an open and obvious condition, found that the plaintiff’s own actions were the cause of his injuries and therefore, the suit could not be maintained. We believe that this case is a further indication of a shift in the “playing field” in our favor.