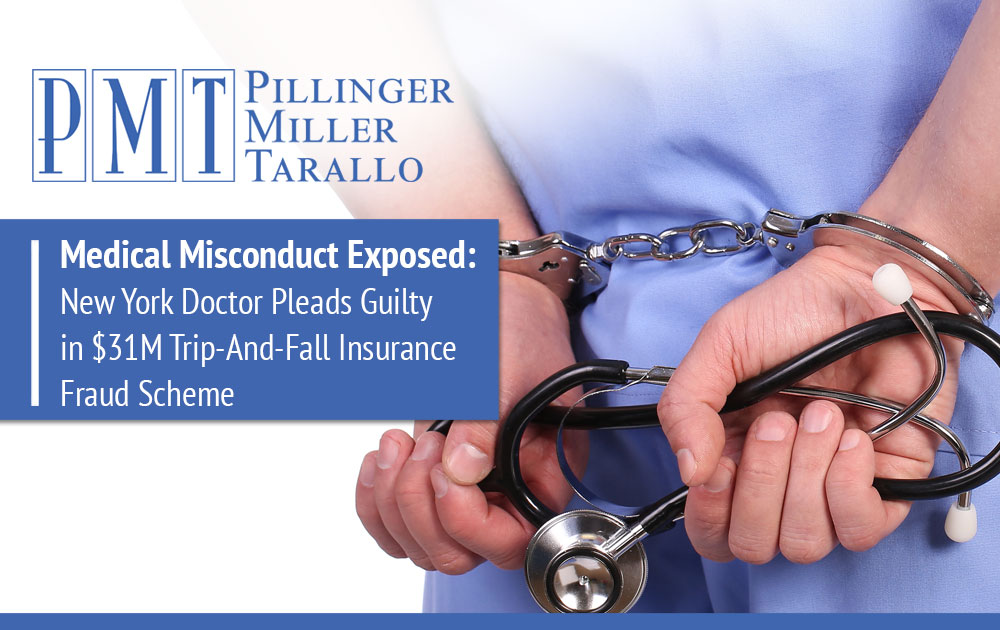 U.S. Attorney Damian Williams states in the press release: “As alleged, Sady Ribeiro abused his professional license and position of trust by performing medically unnecessary surgeries to increase the value of fraudulent trip-and-fall lawsuits. In carrying out the scheme, Adrian Alexander, who funded many of the fraudulent lawsuits, Sady Ribeiro, and their co-conspirators preyed upon the most vulnerable members of society in order to enrich themselves. Ribeiro and Alexander now await sentencing for their reprehensible crimes.”

According to the indictment, Ribeiro and Alexander were just two participants involved in the large-scale fraud scheme – staging trip-and-fall accidents and filing false lawsuits based on those staged accidents to defraud businesses and insurance companies. It is alleged that more than 400 vulnerable patients fell victim to the fraud scheme, as medical practitioners would instruct the patients to claim they had tripped and fell at a particular location when, in reality, no such accident occurred. Eventually, patients were directed to stage the trip-and-fall accidents to ensure they would be transported to the hospital and obtain medical documentation to make the fake accidents appear more legitimate.

Patients were then referred to specific lawyers who would file personal injury lawsuits against the owners of the accident sites and/or the insurance companies of the owners of the accident sites after the staged trip-and-fall accidents. They were further instructed to continue receiving chiropractic and medical treatment from specific doctors. The participants in the fraud scheme informed the patients that if they wanted to continue with their lawsuits, they would need to have surgery.

Recruited patients were generally offered a payment between $1,000 and $1,500 as an incentive for completing surgery. Members of the fraud scheme frequently targeted extremely poor individuals that appeared desperate enough to undergo surgeries in exchange for meager compensation. Additionally, it was common for scheme participants to recruit drug addicts and homeless persons from NYC shelters.

As part of the plea agreements, Ribeiro and Alexander have each been ordered to make restitution in the amount nearing $4 million. Both defendants await sentencing before U.S. District Judge Sidney H. Stein, with Alexander scheduled for November 30, 2022 and Ribeiro scheduled for January 5, 2023. PMT intends to have a lawyer present at the sentencing.