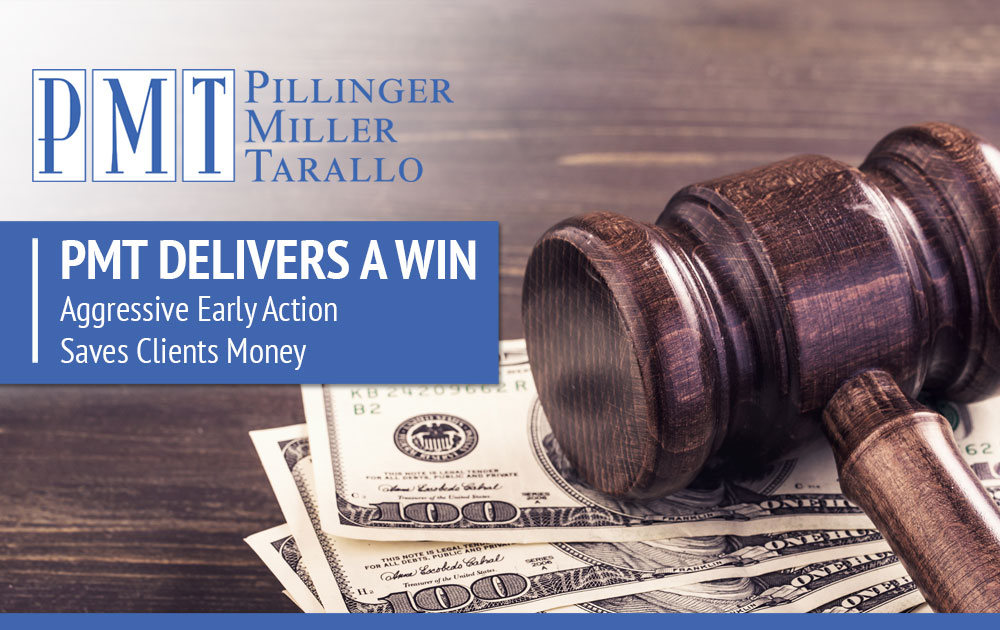 Clients often feel a case should not involve them, or it takes too long and can cost too much money. At PMT, we address our client’s concerns, and we scrutinize for alternatives in which an aggressive strategy can deliver an early dismissal. Recently, we obtained a dismissal that illustrates this perfectly.

In Philadelphia Indemnity Insurance Company as Subrogee of Bet Am Shalom Synagogue, Philadelphia Indemnity Insurance Company (PIIC) filed a subrogation claim for damages in the amount of $173,390.86, paid to Bet Am Shalom Synagogue (Synagogue), following two frozen pipes that burst. PIIC alleged negligence against all Defendants in the maintenance, installation and/or service of the subject piping within the Synagogue. On January 1, 2018, and January 8, 2018, two separate sprinkler system pipes froze and burst, releasing seemingly endless amounts of gushing water and causing significant property damage to a new addition to the original Mansion that was home to the Synagogue. The new addition was constructed and completed by Co-Defendant Caldwell & Walsh in or about 2006. Co-Defendant SRI Fire Sprinkler (SRI) performed sprinkler work in the new addition. Our client, Albany Fire Protection (Albany), performed sprinkler work in the existing Mansion, which underwent a total renovation, in or about 2005, during the construction of the new addition.

The Court found the Defendants established the cause of action accrued in 2006, when the addition to, and the renovation of, the Synagogue were completed. In turn, the Plaintiff failed to raise an issue of triable fact. The Court ultimately granted each Defendant’s motion to dismiss based upon the statute of limitations, setting forth that because subrogation claims are derivative of the underlying tort action, the cause of action accrues from the date of the accident, not the date of payment.