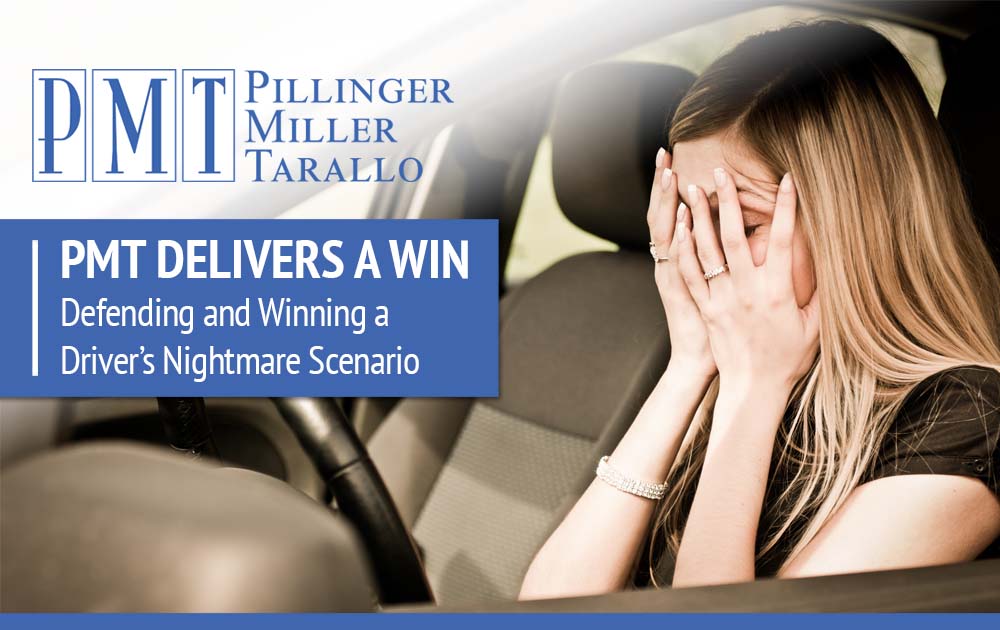 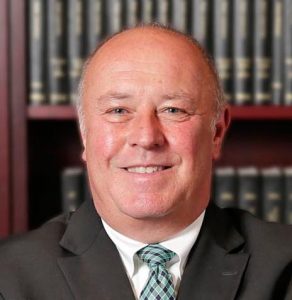 After almost two years, everyone wants to know if the Courts are trying cases. The answer is yes, and PMT is picking up where we left off winning defense verdicts for our clients in challenging cases to defend.

Motor vehicle accidents with pedestrians, commonly known in the insurance industry as pedestrian knockdown cases, can be the most difficult to defend, let alone win. When we learned how to drive, many of us remember hearing that “a pedestrian is always right.” Whether true or not, people feel that unless a person darts out from in between cars, the driver always has the responsibility to avoid hitting a pedestrian. And it is every driver’s worst nightmare to be tracked down by police and accused of striking a pedestrian at night that they deny ever striking. So successfully defending a pedestrian knockdown case takes particular skills and mastery so that unconscious assumptions by jurors do not result in an incorrect verdict or one rooted in sympathy. The trial attorney has to present the evidence, show the jury what it means and allow the jury to use their collective intelligence to figure what happened. PMT trial attorney Robert Gironda masterfully did just that.

Gironda tried a pedestrian knockdown case and showed how we doggedly fight for our clients and focus on getting the correct result. In Corona-Pappalardo v. Stewart, our insured, a 60-year-old accountant, was getting off the Cross County Parkway in Yonkers when he made a left turn and allegedly struck the plaintiff, a 37-year-old female crossing the street to go to a convenience store to buy cigarettes. It was 8 pm and dark. The plaintiff, wearing dark clothes, claimed she was walking in the crosswalk when our insured hit her. Our insured denied that he hit her. Plaintiff suffered a hip injury, and medical records confirmed that the plaintiff had bruising on her right side, although she did not go to the hospital and there was no damage to the insured’s car. A witness said she saw our insured hit the plaintiff and followed our client for leaving the scene and reported him to be the police who arrested him for leaving the scene of an accident. Our client was eventually acquitted of this charge. However, no evidence of the criminal proceeding was allowed in our civil trial.

At trial, our client testified that he did not hit the plaintiff. We also argued that even if he hit her, she was wearing dark clothing and was outside of the crosswalk, and therefore she was at fault. The witness testified that she saw our insured hit the plaintiff outside the crosswalk but was walking in a different direction than the plaintiff claimed. The trial was regarding liability and damages, so the jury heard evidence of the damages before considering whether our client was at fault. Plaintiff had arthroscopic hip surgery, and her expert doctor claimed she would need a hip replacement later in life. Through skillful cross-examination, PMT trial attorney Robert Gironda got the plaintiff’s doctor to concede that no one can predict if a person will need future surgery because “no one has a crystal ball.” Plaintiff asked the jury for $400,000 for past pain and suffering and $1.9 million for future pain and suffering, and $100,000 for future medical expenses, a total of $2,500,000. Plaintiff demanded $1.3 million to settle the case, and our insurance company offered $50,000. To protect our client, our insured’s insurance company entered into a high/low agreement with the plaintiff where the minimum that she could receive would be $50,000, and the maximum would be $1.3 million regardless of what the jury found.

The jury was asked to review all the evidence, including medical records and photographs, and deliberated less than 90 minutes. The jury credited our defense arguments and concluded that our client was reasonable and had not been negligent and found instead that the plaintiff was negligent in crossing the street.

Winning cases with tough facts and under difficult circumstances is why our PMT trial team is the best. Let us show you how we can get these results for you.