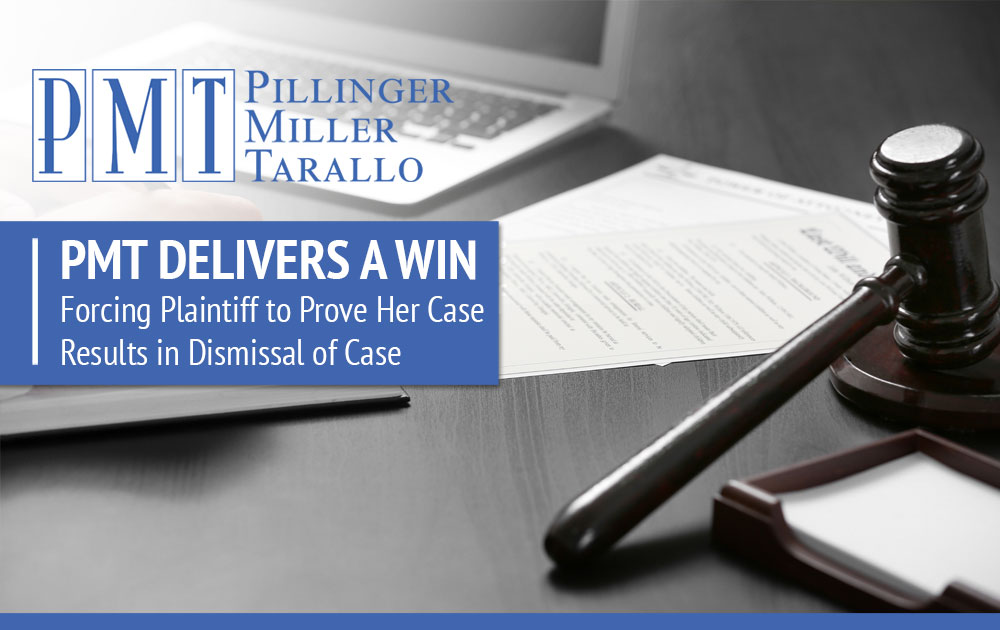 As everyone is reminded during jury selection, there is a difference between making a claim and proving a claim.  At PMT, we pride ourselves in every case we defend on putting the plaintiff to their proof and challenging them to prove their case. A recent case in which we won summary judgment for our client illustrates this.

In Brown v. Patriot Ridge Condominium, plaintiff fell on black ice near the end of her driveway on December 29, 2016. Plaintiff, a 73-year-old woman, suffered serious physical injuries. The testimony that we developed from the plaintiff, our client and non-party witnesses showed that it had rained earlier in the day and then freezing temperatures descended on the area shortly before the plaintiff fell. We established that in the area where plaintiff fell and throughout the condominium complex, there had been no ice an hour and a half before plaintiff’s fall, but that ice had developed throughout the condominium development during the course of that next hour and a half.

By aggressively putting plaintiff to her proof and forcing her to prove her case, we were able to win summary judgment for our client and dismiss plaintiff’s complaint.