In our world of insurance work,  we are all aware that above 90% of cases settle before trial.  Indeed, some estimate that the number of cases that settle before trial could be greater than 95%.  The reasons for this are simple and obvious:  parties to a lawsuit, especially where insurance is involved, want to avoid the unknown and sometimes shocking verdicts that juries can render.  And yet we all know that sometimes a case just cannot be settled and must be tried.  Insurance companies, self-insureds and the clients all want to know if you have the experience to take a tough case to a jury verdict.  At PMT, our highly experienced team of trial attorneys is prepared to do just that because our PMT trial team is battle tough and trial-ready.

This month we share 2 recent defense verdicts that Emeka Nwokoro received in back to back trials in Brooklyn and Orange County. View Emeka Nwokoro’s bio

Jury Verdict on the Issue of Liability 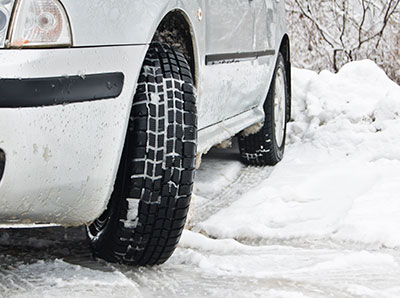 Plaintiff Joseph Turano, a 75 year old retired bus driver who lives with his wife Regina Turano in Middletown, New York, alleged that on March 8, 2018, at approximately 7:45 a.m., at the parking lot in front of the residential apartment complex where he lives, while he was clearing snow from his car, he slipped and fell on ice. The day before, there was a major snowstorm that deposited 15 .4 inches of snow in the area. Mr. Turano alleged that the presence of the ice constituted a dangerous condition and the defendants, Sutton Hill II Realty, LLC, and Value Realty, Inc., the owner and property manager of the apartment complex respectively, was negligent in allowing this dangerous condition to exist. Against defendant Mead Sealcoating & Parking Lot Maintenance, Inc., a contractor hired by the property owner to remove snow and ice from the premises, the plaintiff alleged improper cleaning in that they failed to apply salt to the areas from which snow had been removed, resulting in the icy condition.

Defendants Sutton and Value cross-claimed against Mead in common law and contractual indemnification based on the contract of snow removal between Sutton/Value on the one hand, and Mead on the other. In response, Mead claimed that according to the contract, Mead was not required to remove snow or ice close to or around parked cars and therefore, was not implicated in the plaintiff’s accident and was not obliged to indemnify Sutton/Value.

Joseph Turano’s main injuries were a displaced left hip fracture which required open reduction and internal fixation surgery, and a displaced left shoulder fracture that also required surgical intervention using fluoroscopy. Regina Turano brought an ancillary claim for loss of consortium as a result of the injuries sustained by her spouse.

This was a bifurcated trial with the issue of liability tried first. Prior to the trial, the court dismissed the plaintiff’s direct case against Mead, holding that Mead had no duty of care to the plaintiff and did not launch an instrument of harm that caused the plaintiff to fall. However, the court refused to dismiss Sutton/Value’s cross-claim against Mead and held that it was an issue of fact to be determined by the jury whether the plaintiff’s injuries were “caused in whole or in part by the acts or omissions of Mead” as the contract provided. During the trial, defendants called a Meteorologist expert witness, John Lombardo of Forensic Weather Consultants, LLC, Albany, New York, who testified that the ice on which plaintiff fell, likely formed overnight about 2 1/2  hours prior to plaintiff’s accident leading to the inference that defendants did not have a reasonable time before plaintiff’s accident to remove the ice. The plaintiff did not call a Meteorologist as a witness and did not rebut this evidence.  The trial lasted five days including jury selection.

After deliberating for approximately 15 minutes, a jury of four men and two women rendered a verdict in favor of the defendants finding that neither Sutton/Value nor Mead, was negligent with respect to the plaintiff’s accident. This was five out of six jurors. The plaintiff’s demand prior to trial was $1,300,000. ($1.3 million dollars). During the trial, the plaintiff’s demand was lowered to $500,000 and both defendants made the plaintiff a combined offer of $200,000 which was rejected the day before the jury rendered its verdict. After the verdict, the plaintiff did not make any post-trial motions.

Defense Verdict on the Issue of Liability 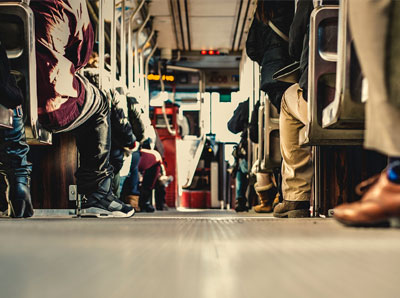 The accident was alleged to have happened on November 15, 2013, at approximately 5:45 a.m. within the confines of a bus, while the bus was at the bus stop located at Alabama Avenue, near its intersection with East New York Avenue, in Brooklyn, NY.

The trial was bifurcated with the issue of liability tried first. During the trial, in contrast to the plaintiff’s solitary testimony that the floor of the bus was wet, Transit produced three subpoenaed witnesses on the plaintiff’s case in chief who all testified credibly as to transit’s maintenance routine. The combined testimony of all three Transit witnesses rendered the plaintiff’s theory of the case improbable. The plaintiff’s theory was that the bus had probably been mopped just before it was put into service and that Transit was negligent for not drying the floor of the bus before putting into service. The jury never got to the damages portion of the trial as they rendered a defense verdict on the issue of liability. The jury of five women and one man, found unanimously, that New York City Transit Authority was not negligent with regard to Ms. Crabb’s slip and fall accident. The length of the trial was 6 days. The jury deliberated for approximately one hour.

After the verdict, the plaintiff did not move to set aside the verdict and did not move for a new trial. No post-trial motions were made or anticipated. Plaintiff Tonya Crabb was represented at trial by Richard Aberle of Kaston & Aberle, LLP, of Mineola, NY. Defendant New York City Transit Authority was represented by Emeka Nwokoro, of Pillinger Miller Tarallo, LLP, of Elmsford, NY