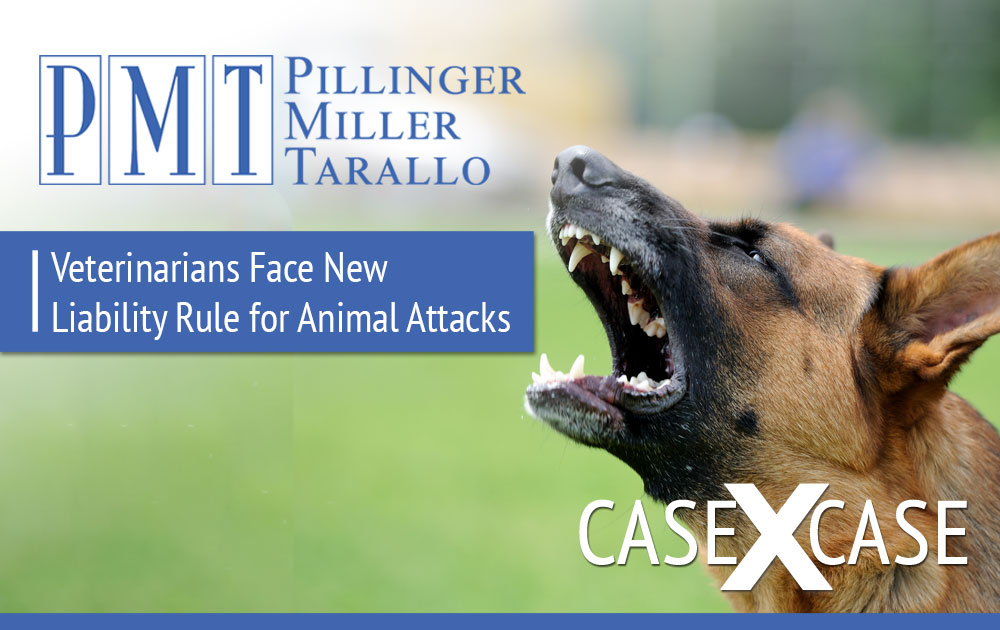 New York’s Court of Appeals established a new rule as of October 22nd, 2020 for the liability of veterinarians for animal attacks which occur in their facilities: that a court or jury must determine whether they were negligent under the circumstances, without regard to prior knowledge of the animal’s vicious propensities.

Palmer Veterinary Clinic treated a dog named Vanilla for a paw injury. After surgery on the dog’s paw, one of the vets brought Vanilla back into the reception area to return the dog to its owner, the dog saw plaintiff’s cat in its carrier, and leaped at the cat, slipping out of its collar. In doing so, the dog grabbed plaintiff’s ponytail.  Plaintiff sued Palmer, alleging she was injured in this incident.

In plaintiff’s suit, she alleged that Palmer was negligent in bringing an “agitated, distressed” dog into the waiting area, and that Palmer knew the dog had vicious propensities.   Plaintiff added that Palmer should have given pain medication and/or anesthesia to the dog, and otherwise did not follow the standard of care for dogs after surgery.

Palmer moved for summary judgment, which was granted by the Supreme Court on the grounds that the vet had no prior knowledge of the dog’s vicious propensities. The Appellate Division affirmed the dismissal.  But the Court of Appeals reversed.

While existing precedent holds that an animal’s owner cannot be liable for an attack without prior notice of its vicious propensities (Doerr v. Goldsmith, 25 NY3d 1114; Bard v. Jahnke, 6 NY3d 592), the Court held that this rule, which applies to an animal’s owner, does not apply to veterinary clinics.

Veterinary clinics are in the business of treating animals, and they employ veterinarians equipped with specialized knowledge and experience concerning animal behavior—who, in turn, may be aware of, or may create, stressors giving rise to a substantial risk of aggressive behavior. With this knowledge, held the Court, veterinary clinics are uniquely well-equipped to anticipate and guard against the risk of aggressive animal behavior that may occur in their practices—an environment over which they have substantial control, and which potentially may be designed to mitigate this risk.

Veterinarians owe a duty of care to clients in their waiting rooms. Here, held the Court, “a veterinarian introduced Vanilla into a purportedly crowded waiting room, where the dog was in close proximity to strangers and their pets – allegedly creating a volatile environment for an animal that had just undergone a medical procedure and may have been in pain.”

The Court emphasized that the rules of liability for animal owners (strict liability, but immunity unless they had prior notice of vicious propensities) differ from those of non-owners such as veterinarians, and other third parties (reasonable care under the circumstances).

As a result, neither party was entitled to summary judgment, and Palmer’s liability will depend upon a finding as to whether the attack was foreseeable, and whether Palmer fulfilled its duty of care.