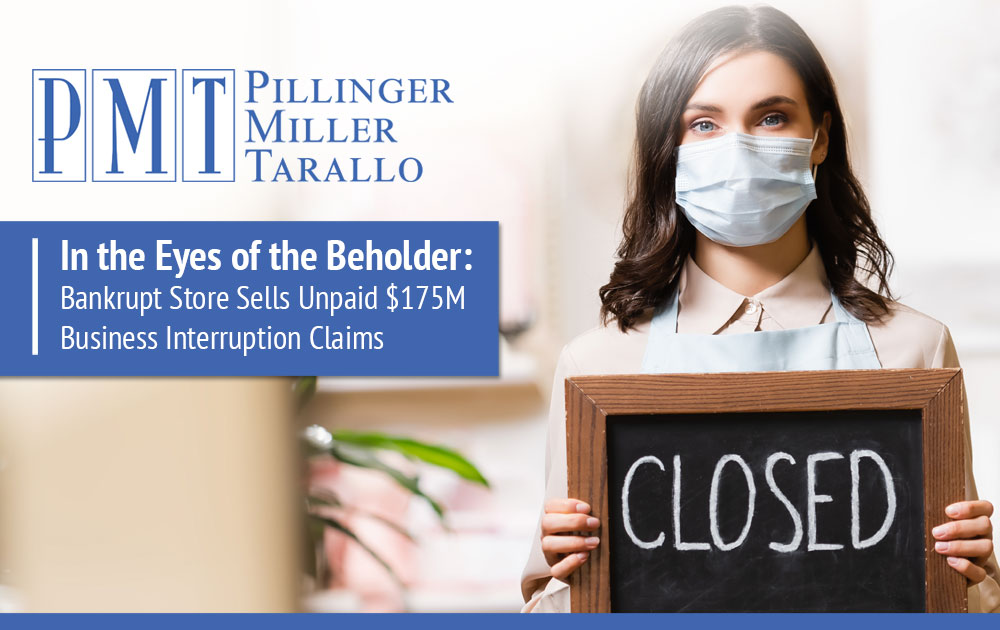 As we reported earlier, Century 21 Department Stores filed for bankruptcy as a result of the pandemic. Century 21 claimed that its bankruptcy was in part a result of its insurers’ failure to pay their business interruption claims. As most are aware, when a company files for bankruptcy, claims can be sold to generate funds to pay creditors.

Century 21 has found a buyer for its claims against its insurers to refuse to pay its business interruption claims. Although the buyer’s identity was not initially disclosed, the claim was sold for at least $50 million, which would pay off the store’s secured creditors. The buyer did its due diligence, thoroughly investigated the claims’ strength, and felt confident that it would recover at least the $50 million paid. From an insurance coverage perspective, the buyer analyzed the claims, the policies, and the insurer’s rationale for denying coverage and felt that the insurers’ denials would not ultimately be sustained. For other companies, depending on the policies, perhaps there is value in their claims against insurers for denying business interruption losses due to the pandemic.

Indeed beauty and value are in the eyes of the beholder.