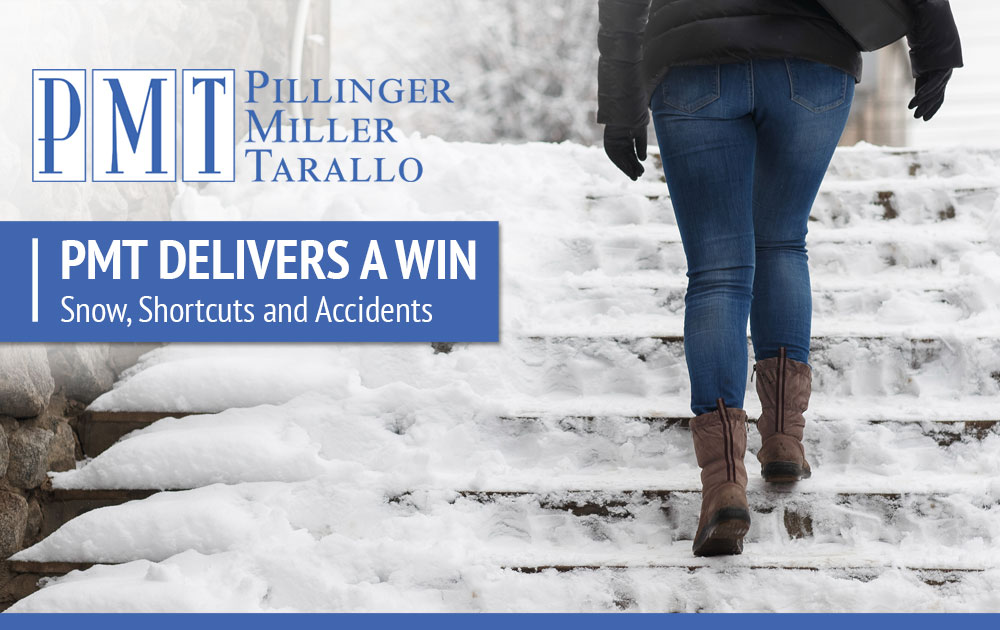 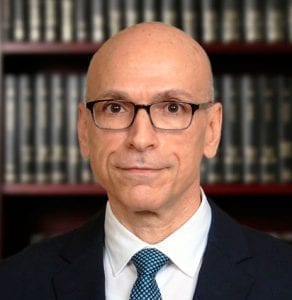 Although we are in the middle of a hot summer, it seems fitting that we talk about winter because we know that sooner than we want, we will get snow. What happens when there is a little bit of snow covering an apartment complex walkway and a person decides to avoid the walkway and takes a shortcut to avoid the possibility of slipping on the snow on the walkway? Believe it or not, the person slips and falls in a rut on the grassy area that they cannot see and then turns around and sues the apartment complex for not remedying the defect. Bizarre as this sounds, this is exactly the scenario that PMT was asked to defend. By aggressively demonstrating the fallacy of plaintiff’s claims, we were able to win summary judgment for our client.

In Adami v. Ridgefield Apartment Associates, LLC the plaintiff who lived in an apartment complex in Dutchess County, was walking to her car on the day of the accident. It had been snowing and the walk, stairs and grassy area were covered in about an inch of snow. The plaintiff decided, based upon her “judgment”, that she would not take the public sidewalk and public staircase because she had seen a prior accident on the steps. Rather, she would cross the snow-covered, non-public grassy area. She felt that she was safer on grass, but had not crossed the specific route before, although she had seen other tenants and maintenance people walk on the grassy area. As she walked, she fell in what she described as a “divot, dip, hole or rut”. Plaintiff sued our client, the apartment complex, claiming that the apartment complex should have repaired the depression, divot or hole prior to the accident. One of our maintenance employees testified that the grassy area was maintained by the apartment complex and it was repeatedly mowed and trimmed starting in the spring. He and the other employees never knew that there was a depression, hole or divot in the area where plaintiff fell. We moved for summary judgment arguing we had neither actual nor constructive notice of the divot or hole that plaintiff fell in. The court granted our motion finding that neither the plaintiff nor the defendant had any idea that the rut or hole existed, let alone for how long it had existed and that there was no method by which the apartment complex could have discovered the latent defect. Nor was there any indication that anyone had put the apartment complex on notice about the divot in the grassy, non-public area. The court found that it was improbable that even with a reasonable inspection, the hole or divot in the ground would have been discovered.

Once again, by aggressively defending our client and developing the testimony of our employees, we were able to defeat plaintiff’s claim that we were responsible for the rut that caused the accident when it was readily apparent that it was plaintiff’s own fault by walking on a snowy, non-public grassy area.