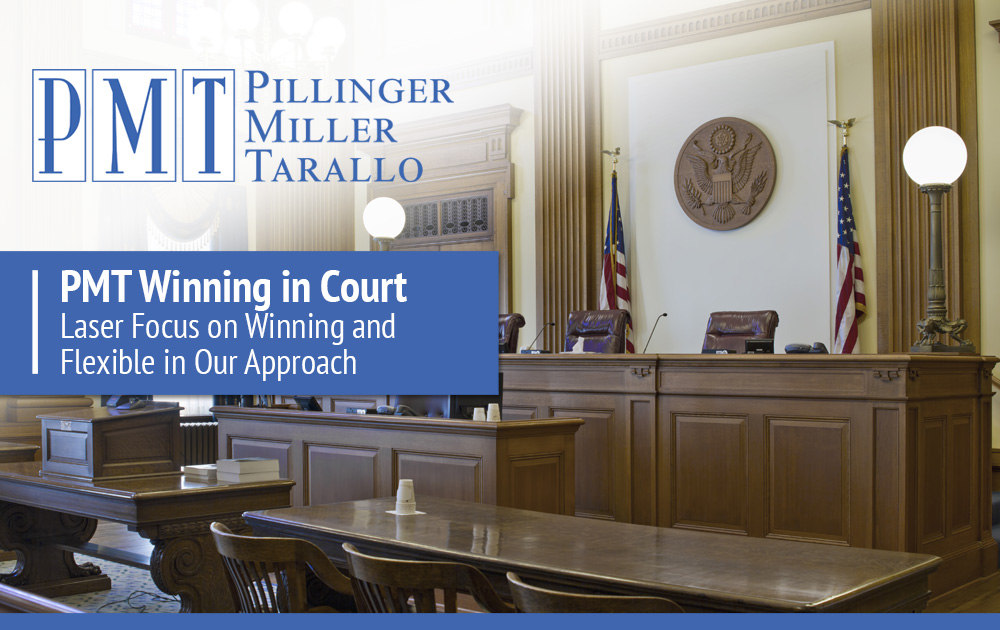 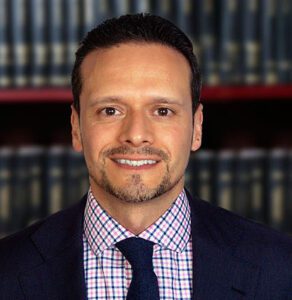 Trying cases is the ultimate balancing act. You must remain laser-focused on the result but always flexible in the approach because twists and turns can occur unexpectedly at any point. Our PMT trial team knows how to do this, and a recent case that partner Richard J. Freire and associate/second-chair Devika P. Kapoor tried for a defense verdict shows just that.

In Dubois v. Carmen Barbato, Inc., the plaintiff suffered severe injuries after driving his motorcycle into the corner of a dumpster parked in front of a house with no driveway undergoing renovations. Our client owned and provided the dumpster. Plaintiff was coming from a party where he admitted consuming 2-3 hard ciders. At trial, he produced three witnesses who testified that he did not appear intoxicated at the party in addition to his testimony. Plaintiff also had a local witness who testified that the way the dumpster was positioned obstructed the street when she drove in that spot. Plaintiff claimed that our insured violated a local ordinance that required fluorescent tape be placed on the dumpster when it was placed on a sidewalk as here.

The trial judge had previously ordered that the trial be unified. That is, the jury would hear evidence of liability and damages together. Based on the judge’s ruling, we prepared our numerous pre-trial submissions. On the day of the trial, the judge decided to bifurcate the trial and try liability first because the plaintiff could not secure his medical expert for trial. This kept evidence of the plaintiff’s injuries from the jury but forced our trial attorney Richard Freire to quickly alter our trial strategy and required us to produce seven witnesses in three days, no easy feat.

The plaintiff attempted to call a human factors expert who would have testified that the combination of an oncoming car and the unmarked dumpster in the roadway caused the plaintiff not to see the dumpster. We moved in limine, outside the jury’s presence, to preclude the witness. We also aggressively argued that this was “junk science” and that this was not proper expert testimony. The judge agreed.  Plaintiff subsequently conceded, and chose not to call this expert on his case-in-chief.

Our defense argued that the local ordinance was not directed at our clients, did not require markings on the dumpster unless directed by a local official, and emphasized the absence of any evidence that occurred. We also argued that the plaintiff’s voluntary intoxication and we produced hospital records that noted that the plaintiff appeared intoxicated, smelled of alcohol, refused a blood test, and denied in the documents that he had been drinking. Critically, we produced a forensic toxicologist who testified that the plaintiff’s blood alcohol level taken 3 hours after the accident at the hospital would have been double at the time of the accident, approximately .136 to .146, almost twice the legal limit for intoxicated driving. After deliberating, the jury returned a verdict in favor of our client, finding defendants not negligent based on our arguments that there was no evidence markings were required on our client’s dumpster. In speaking with the jury after the verdict, they stated that even if they had found defendants negligent for failure to place markings on its dumpster, they would have found plaintiff’s intoxication was the sole proximate cause of his accident.

Top trial attorneys like Richard J. Freire keep their laser focus on the result and quickly adapt as circumstances change during the trial. This allows PMT to defend our clients and get the best outcome aggressively. Let us do that for you.